No, this post isn’t about buying a new car!

On the contrary, it’s actually about something quite profound.

It’s about the power of the Christ, as taught and revealed in Christian Science, to heal and permanently erase the effects of any form of inharmony in our lives. 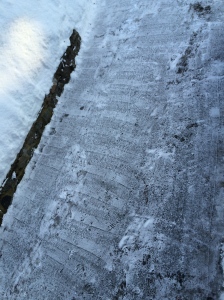 Most readers of this blog will know that for about 20 years prior to finding Christian Science, I was deeply involved in the study and practice of eastern and western occultism, theosophy, and spiritualism. And one of the doctrines that was promoted, and which I adhered to, was the belief in reincarnation and how past lives purportedly affect our current experience.

During that time period and on numerous occasions, I underwent what is referred to as past-life regressions in which episodes from supposed previous lifetimes were “re-experienced” with all of their material sensory perceptions intact—including their often-horrific pain as well as pleasures. So “real” feeling were these experiences, that I based much of my life and motives for action on these theories.

But when I first encountered Christian Science, the teachings of Mary Baker Eddy began immediately to challenge these false systems. And make no mistake: they are entirely the product of animal magnetism—of evil—without one iota of good in any aspect of them! Not one! Indeed, they are founded on sand and not on the Rock of Christ.

Well, about two years into my study of Christian Science, I was standing in The Mother Church’s Reading Room on Massachusetts Avenue in Boston and I happened to look up across the street at a billboard advertisement for Buick automobiles.

Now, though gazing at that ad had nothing specifically to do with what was about to happen to me, God’s message nonetheless came through loud and clear!

In an instant, I knew with total conviction that the entire concept of reincarnation was utterly and completely false. Those two decades of adherence to that belief and to those mortal mind sensory experiences were immediately wiped clean. They no longer had any affect on me and my perception of Life—of God—and who each of us is as His immutable image and likeness.

For I know the thoughts that I think toward you, saith the Lord, thoughts of peace, and not of evil, to give you an expected end.

Then shouldn’t we, as the five wise virgins in Jesus’ parable did, be keeping our mental lamps trimmed—our consciousness alert to the healing power that our Father-Mother God is always unfolding to us?

Remember, God’s goodness is everywhere—even when we’re glancing at a car ad!