While checking out what my Facebook friends were posting today, one in particular piqued my interest.  As I clicked on a link that she was promoting, I was surprised to find what the content was.

Because it brought me to a New Thought site whose author had developed a multi-step system for spiritual growth.  As I read the post, I saw that superficially—and that’s all it was—particular turns of phrase appeared to be similar to some of the writings of Mary Baker Eddy—the Discoverer and Founder of Christian Science. 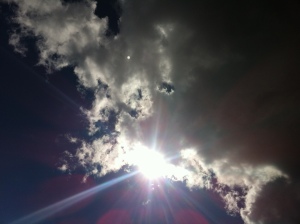 But as I continued to read, it was clear that what this author/teacher/consultant was espousing was anything but Christian Science.  Mental red flags appeared everywhere!  And while perusing the rest of the site, I saw that many of her writings and books were about realizing one’s personal dreams and attaining wealth and prosperity.

This author may be a very fine person and earnestly doing what she feels will help improve her fellow human beings’ lives.

However, that’s not my point.  What I’m raising a concern about is what we as Christian Scientists are intentionally or otherwise giving credence to.

Are we carefully considering what other systems of thought such as New Thought, or New Age, or any of the various other “isms” are actually saying, or are we perhaps too eager to try to find parallels between them and Christian Science?

I learned shortly after encountering Christian Science for the first time, that many of the ideas that I had spent the previous 20 years studying and trying to live my life by—ideas that were based on western and eastern spiritualism, occultism, and what would today be referred to as New Age thought—and which initially sounded similar to Christian Science, were in fact quite divergent.  It was as if you were planning to launch two rockets, each destined to travel the solar system and beyond to the same destination, and one of the trajectories was off by a fraction of a degree.  As the rockets traveled, the distance between them would become greater and greater until eventually they would be light years apart.

The gulf between the Science of Christianity and these philosophies is far greater than that of Lazarus and Dives (Luke 16::20-31).  And we need to be alert to that gulf and not confuse ourselves or the public.  There are enough impositions—misperceptions—floating around and, worse, being believed about Christian Science and its founder, that we don’t need to be adding to them by contributing to the mental air of ambiguity, delusion, and mystification by being confused ourselves.

I’ve found that it’s essential to daily pray for spiritual discernment and understanding to be aware of that clear line that Mrs. Eddy referred to as:

FIRMAMENT.  Spiritual understanding; the scientific line of demarcation between Truth and error, between Spirit and so-called matter. (Science and Health, p. 586)

If we are to be the Christian healers that Jesus and Mary Baker Eddy expected us to be, we need to keep that line bright!

2 thoughts on “The dividing line”