From time to time, I hear fellow Christian Scientists stating that though they’re able to heal others, they don’t seem to be able to heal themselves. Or that they can demonstrate healing of emotional or financial problems, but they’re not good at healing physical ones. And they’re perplexed by this. They’re mystified! 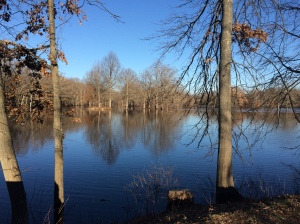 And “mystified” is the correct term! They’ve been mesmerized by the carnal mind and they’ve accepted the lie about themselves and about God! Yes—about God!

Do we actually believe that the same omnipotent spiritual laws—laws of God—are operative in one or two instances or categories, but are not universally true—true throughout all of God’s creation?

Are we buying into the deception of old forms of theology that would claim that God doles out blessings to some and evil to others? And that if it’s the latter, then we just have to bear our cross and suffer?

God’s laws are universal and are always—ALWAYS—in effect! Without exception!

Generally, when I’ve asked further questions of the individuals who have fallen prey to the lies of mystification, it turns out that they haven’t fully been exercising their God-given dominion and power to experience their inherent freedom.

A freedom that is universal and intact.

A freedom that can never be diminished.

A freedom that is infinitely expansive.

A freedom that is part of their very being—their true and only identity—as the manifestation, the reflection, of the presence and activity of divine Love!

God holds man in the eternal bonds of Science, — in the immutable harmony of divine law. Man is a celestial; and in the spiritual universe he is forever individual and forever harmonious.

A Happy, Joyous, and Blessed New Year to each and every one of you!