The Christian Science Bible Lesson of a couple of weeks ago was on the subject “Doctrine of Atonement” and among the Bible passages cited was this from the Apostle Paul’s epistle to the Hebrews:

For it is not possible that the blood of bulls and of goats should take away sins. (Heb 10:4)

Of course, Paul is speaking of the sacrifice of animals—a custom widely practiced throughout the ancient cultures of his time, and which continues even today in isolated pockets of our world.  A ritual sacrifice—a superstition—that in this case was designed to yearly remove the sins of a nation, but which Paul makes clear is an impossibility. 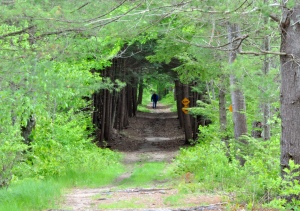 But as I thought about this, I began to wonder if we who profess to be Christian Scientists are in any way still thinking in these material terms of worshipping God.  Are we still seeking to use ritual as a means—albeit a self-deluded one—to grow spiritually or as a means to heal?  Are we substituting material thoughts and practices for the rejection of sin or disease, our heartfelt repentance, and subsequent reformation and regeneration?

What do I mean by that?

The carnal mind—mortal mind—would always seek to blind and mislead us in order to prevent us from spiritually rising higher.  Why?  Because such growth inevitably means our thought is moving away from the lies of error to a more spiritual understanding of the Allness of God.  An understanding that allows us to not only be healed, but of greater importance to heal others through the Science of the Christ.  An understanding that destroys the very belief of a supposed intelligence that claims to be in opposition to the omnipotence of the One Mind—God.

Now, one way error would seek to achieve such an end is to get us to read the Christian Science textbook, Science and Health, in a ritualistic, unthinking manner—a manner that includes a goodly portion of blind faith.  A manner that seeks to convince us that we’re making spiritual progress when in fact we’re not.

Does that sound surprising to you?

Think about it for a moment.

Have you ever felt like you’re just reading words when you study Science and Health, or for that matter, any of Mrs. Eddy’s other writings?  Or perhaps you’ve fallen into the trap of thinking that the words alone will bring healing—just by saying them repeatedly rather than by spiritually understanding them?  Or do you find yourself dutifully going through the motions of reading and subsequently feeling that you’ve fulfilled your obligations as a Christian Scientist?  If any of these are the case, then it’s likely that you’ve accepted the wrongful influence of ritualistic, blind faith thinking.

And maybe you’ve had what appear to be “inspirations,” yet nothing changed in your thought which led to a practical reformation in your behavior, health, and well-being?  Isn’t that more of the same?

The list could go on and on, and I’m sure you could easily add to it!

But the point really is that we first need to be aware of this mortal mind phenomenon and then guard our thought accordingly.

Whatever materializes worship hinders man’s spiritual growth and keeps him from demonstrating his power over error. (Science and Health, p. 4)

The price to be paid for the bulls and goats is clearly too high!

4 thoughts on “Bulls and Goats”