We’ve been watching Downton Abbey the last few weeks via our cable company’s “on-demand” section and are finally caught up.  It’s been an interesting experience—beautiful scenery, very fine acting, and good writing. 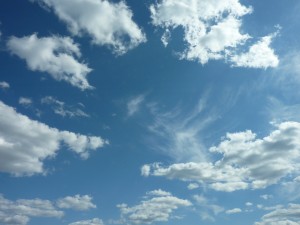 One of the important things that I’ve seen in this series though is an ongoing reform in some of the characters’ sense of their identities as they gradually break away from a false sense of nobility.  A false sense that causes them to hurt others as well as themselves, and misguides and limits them at every turn.  A sense that pervades their thoughts and actions irrespective of whether they are “the nobility” or the servants.

And even though this is just a television series, I find myself asking how many of us are also being motivated by such a mistaken perception?

What do I mean by that?

Well, nobility is a spiritual quality—one of spiritual dignity, a magnanimous and generous character, of spiritual bravery and intrepidness.  It also entails selflessness and self-sacrifice.

Error, however, always presents our thought with an inverted and perverted materially-based view of all that is real and eternal—a view that may seem pleasing or even satisfying, but one that is ultimately self-destructive.

And entwined with this wrongful thought of nobility is another deleterious component—one that would subtly try to tempt those of a spiritual thought into accepting it.

Martyrdom!  Yes, martyrdom—backed by all of the theological misconceptions of the ages–would try to convince us that suffering and/or dying for a cause or principle is a right and noble activity, when it is in fact the exact opposite!

Martyrdom is not God’s intention for us.  Overcoming, not acquiescing to, the beliefs of suffering, disease, sin, or death is what is required of us and is what we are empowered by Almighty God to do through our ever-unfolding understanding of Christian Science.

For example: I’ve had folks call me for help who have been abused by their spouses as well as their adult offspring. These dear ones had been under the delusion that they were being christianly noble by turning “the other cheek”—by allowing the abuse to continue.  Such mesmerism blinded them to not only the truth about their real identities as God’s precious ideas—ideas that are incapable of being abused—but simultaneously prevented the abusers from reforming by allowing it to go on unchecked.   When they became aware of how they had been manipulated by error and how such thinking had nothing to do with Christianity, let alone Christian Science, their lives began to change for the better.

So where does this leave us?

We need to examine our thought carefully and see if we’ve bought into any of these lies about nobility and martyrdom.

We must form perfect models in thought and look at them continually, or we shall never carve them out in grand and noble lives. Let unselfishness, goodness, mercy, justice, health, holiness, love — the kingdom of heaven — reign within us, and sin, disease, and death will diminish until they finally disappear. (Science and Health, p. 248)

Those “grand and noble lives” that Mrs. Eddy spoke of come about through our gaining an understanding of who we each are as God’s creation—of our indestructible relationship to our all-good God.  A relationship that inevitably brings healing to ourselves and others.

In her book The First Church of Christ, Scientist and Miscellany (p. 253), she wrote:

It rejoices me to know that you know that healing the sick, soothing sorrow, brightening this lower sphere with the ways and means of the higher and everlasting harmony, brings to light the perfect original man and universe. What nobler achievement, what greater glory can nerve your endeavor?

Indeed—what nobler achievement can there be?