OK—here’s a tough question and one that we may not want to look at.  But it needs to be asked.

Are some of our fellow Christian Scientists buying into the media’s assertion that people—the public-at-large—are no longer interested in hearing about religion, spirituality, or even God?

Unfortunately, I think the answer is “yes.”  These same well-meaning folks propose solutions that range from attempting to gain an audience with the public via various other doors to throwing up their hands in hopelessness. 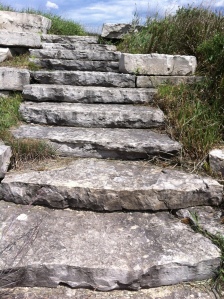 Now while it may be true that our country is moving towards secularism, it certainly isn’t true that Americans aren’t interested in God—not when a 2011 Gallup survey indicates that more than 9 out of 10 of our fellow countrymen profess a belief in the Supreme Being.

I’m not naïve enough to think that such a figure indicates that all is well and that we can rest on our proverbial laurels.  Obviously not—given the diminishing church attendance in our and many other denominations.  But it does raise some serious questions for me—and I hope for you, also.

Regardless of Gallup’s and any other survey, if we accept the position that people are not interested in God, aren’t we inherently accepting a falsehood—a faulty premise—that attacks the very basis of Christian Science theology?

What am I talking about?

Isn’t acquiescing to such a position actually denying the very nature of man as the image and likeness of God and of man’s indestructible relationship to his/her all-loving Father-Mother God?

And by doing so, aren’t we subtly working against our fellow men and women by reinforcing a lie about them—a lie that claims they are not interested in Spirit, in God?

I wonder if this approach isn’t exactly how error—at such a crucial time in humanity’s development—would try to lead us astray.  How?  By following a path that would seek to confuse mankind about, as well as deprive them of, the supreme import of the Science of the Christ in every aspect of their lives—to the very real and tangible blessings that await them?

Mary Baker Eddy wrote: “There is but one real attraction, that of Spirit.” (Science and Health, p.102).

Can we afford to deny or forget this foundational fact by our acts and methods, and then wonder why we and our churches are feeling marginalized?

Let’s take a deep inward look and be honest here: if we are not out with our fellow men and women offering them a “cup of cold water” as Jesus and Mary Baker Eddy expected and required of us, who do we have to blame for any marginalization but ourselves?

And from what I’ve seen, that cup necessarily includes healing our neighbor—thereby proving the practical blessing that Christian Science offers to all.  Take a moment and think about your own lives and the impact that being healed has had on you.  Nothing substitutes for it.  Nothing speaks as strongly.

Christian Science is not only the acme of Science but the crown of Christianity. It is universal. It appeals to man as man; to the whole and not to a portion; to man physically, as well as spiritually, and to all mankind.

There it is my friends—the universal appeal of Christian Science is to all mankind!

2 thoughts on “Appealing to humanity”