Recently, I’ve had several patients—long-time Christian Scientists—as well as several other practitioners voice a view that I’ve got to say puzzled me.  They each felt that identifying the specific error or false belief in an individual’s thought would somehow make a reality of that error.

Why is that puzzling?  Because it’s the antithesis of everything that I’ve ever read in Mary Baker Eddy’s writings about how to restore health and well-being to ourselves and others.

I also found it interesting that each of these individuals justified their position by citing the following statement from Eddy’s Science and Health with Key to the Scriptures (p. 476):

Jesus beheld in Science the perfect man, who appeared to him where sinning mortal man appears to mortals. In this perfect man the Saviour saw God’s own likeness, and this correct view of man healed the sick. 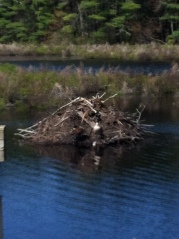 Now, let me be absolutely clear here: I fully believe in, regularly utilize, and have repeatedly seen the efficacy of seeing the perfect man of God’s creation. However, these dear folks were claiming that Jesus never saw any disease, deformity, or infirmity.

But there’s a problem with their position—the actual accounts of Jesus’ healings that are recorded in the New Testament, as well as Mrs. Eddy’s statements in her writings.

For example, Jesus’ healing of the man who was possessed by multiple evil spirits (evil beliefs) in the country of the Gadarenes (Mark 5:1-15), and the healing of the woman who was afflicted with an infirmity for eighteen years (Luke 13:11-16). Referring to the latter biblical account, Mary Baker Eddy wrote (Science and Health, page 6):

Jesus uncovered and rebuked sin before he cast it out. Of a sick woman he said that Satan had bound her, and to Peter he said, “Thou art an offence unto me.” He came teaching and showing men how to destroy sin, sickness, and death. He said of the fruitless tree, “[It] is hewn down.”

In each case, the Master spiritually discerned the problem—the unreality of the claim of error that was debilitating these people—and mentally/spiritually saw through that lie by beholding the perfect individual of God’s creating resulting in the healings which thereby destroyed the error.

We need to pray for that same spiritual discernment, as well as for the alertness and awareness which prevents us from inadvertently—or otherwise—being seduced by erroneous concepts that are not found in the writings of the Founder of Christian Science, Mary Baker Eddy.  Those pleas of the carnal mind—and they are nothing less than that—can take on many guises, including parading about in the garments of “inspiration” and “spirituality.”  Make no mistake: their sole intent is to attempt to nullify the healing potency of Christian Science.

A very wise teacher of Christian Science once told me, “If an idea comes to you that appears to be inspiring, but which you can’t find the basis for in Science and Health, then it would be best to not follow it.”

All that error asks is to be let alone; even as in Jesus’ time the unclean spirits cried out, “Let us alone; what have we to do with thee?”

As Christian Scientists, dare we leave it alone?

12 thoughts on “Uncovering a lie”