There’s a line from the sitcom “The Office” in which Steve Carell’s character, Michael Scott (the office manager) says: “I’m not superstitious, but I am a little stitious.”  Hilarious to be sure, but a line that can also have profound implications. 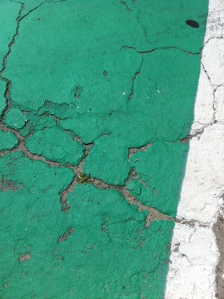 I think most folks conceive of superstitions as being the obvious ones involving black cats, ladders, sidewalk cracks, etc.  And, of course, we’ve all heard of the many athletes and celebrities who indulge in superstitious practices—rigorously and religiously adhering to certain repetitive rituals relative to what they eat, wear, or do prior to performing.  Then there are the superstitions that involve rituals which are endemic to various western and non-western religious practices including occultism, voodooism, tribalism, and so on.  I’m sure you can add more to the list.

But superstition can also involve ideas and actions that are less obvious—less in-your-face, more subtle, and perhaps even more destructive to spiritual growth, health, and well-being.

Any time an action is based on fear, as superstitions inherently are, it necessarily adversely affects our lives by misdirecting our attention away from the omnipotence, omnipresence, omniscience, and omni-activity of our All-good, All-loving, infinite God.  A misdirection—much like a magician’s sleight-of-hand—that would attempt to keep us from feeling and experiencing the palpable presence of divine Love.

So, you might ask, what motivated the topic for this post?  Well, while doing my daily reading of Science and Health by Mary Baker Eddy about a week ago, I came across the following passage (page 149):

We need to understand the affirmations of divine Science, dismiss superstition, and demonstrate truth according to Christ.

I immediately felt impelled to look up the definition of “superstition” in the 1828 edition of Webster’s American Dictionary of the English Language to get a sense of what it would have meant during the author’s lifetime.

Excessive exactness or rigor in religious opinions or practice; extreme and unnecessary scruples in the observance of religious rites not commanded, or of points of minor importance; excess or extravagance in religion; the doing of things not required by God, or abstaining from things not forbidden; or the belief of what is absurd, or belief without evidence.

I’ve got to say that it took me by surprise.  There’s nothing there about black cats or other folklore-ish fables!  No, as you can see, it deals with religious views and practices.

I had to ask myself some questions—questions that we might all want to ponder:

I think if we’re truly honest with ourselves, we may find that we are obligated to answer “yes” to some, if not all of those, questions.

We might very well ask “How did this happen!?”

In referring to how material thought—and superstition can certainly be classified as that—crept into the spiritual import of the Scriptures and corrupted religious practices, Eddy wrote (Science and Health, p. 141)

This indicates the distance between the theological and ritualistic religion of the ages and the truth preached by Jesus. More than profession is requisite for Christian demonstration. Few understand or adhere to Jesus’ divine precepts for living and healing. Why? Because his precepts require the disciple to cut off the right hand and pluck out the right eye, — that is, to set aside even the most cherished beliefs

Setting aside those cherished beliefs requires not only soul-searching, but the willingness to see through superstition’s fallacies, quickly jettison them, and move forward spiritually.  A forward momentum that makes us more effective in carrying out our individual as well as collective purposes to heal the sick, reform the sinner, and help lift humanity’s thought to holier and brighter views as children of God.

If, as Mrs. Eddy wrote “The time for thinkers has come.” (Science and Health, p. vii)—and it has—then we can’t afford to be even “…a little stitious!”

6 thoughts on “Are you superstitious?”