One of the things that I’ve always appreciated about Christian Science is the respect for the individual’s own right to think for themselves.  In fact, the second paragraph of Mary Baker Eddy’s most important work, Science and Health, begins with the sentence:

The time for thinkers has come.

What I’ve observed over the past 22 years since I became a Christian Scientist, is that in general most of its adherents follow the premise of allowing each individual’s prayers to lead them in the direction that God is revealing to them.  And it’s certainly been something that I’ve benefitted from during that time.

But the question arises: What do you do when you see a fellow church member—or for that matter, anyone—heading in a direction that would not be beneficial to them—a direction that in fact could harm them?

Well, the obvious answer for me is to pray. 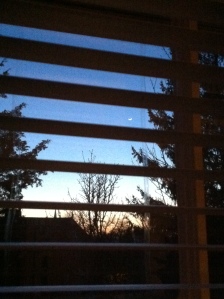 What does God want me to do?  Is this simply a matter of my getting a clearer sense of God’s government of that individual—knowing that God will rectify whatever is unlike His wholly good and perfect will for that person?  Or is it in any way my duty—a basic Christian one at that—to at the very least alert that individual to the pitfalls that may be awaiting them?

Isn’t this a part of following the Second Great Commandment—of loving our neighbor as ourselves?  Isn’t this part of what Jesus meant when he said:

Therefore all things whatsoever ye would that men should do to you, do ye even so to them… (Matthew 7:12)

But is there a line to be drawn?

I’ve found it helpful to seriously consider and reflect on another statement by Mrs. Eddy (Science and Health, p.571):

Who is telling mankind of the foe in ambush? Is the informer one who sees the foe? If so, listen and be wise. Escape from evil, and designate those as unfaithful stewards who have seen the danger and yet have given no warning.

I know that I’ve been grateful for times when someone had the courage and compassion to inform me of something that might not be good for me or for my spiritual growth.

However, informing another of a fault is without a doubt a potentially sticky situation.  The other person could be offended by what you say and/or misinterpret or misunderstand your intentions.  Or you might not be seeing the whole picture clearly.  That’s why the necessity for prayer rather than relying on human viewpoints or opinions.  Immediately prior to the above quote, Eddy states:

It requires the spirit of our blessed Master to tell a man his faults, and so risk human displeasure for the sake of doing right and benefiting our race.

And that’s where spiritual discernment and spiritual courage come in.  The awareness to discern what the problem is, as well as the thought of the individual, and the courage to follow God’s impelling to heal and uplift our neighbor—to love them divinely enough to help open their eyes to the potential danger.

Other questions arise—questions that I think we all need to ask ourselves.

Is our desire to be supportive of our fellow Church members—a good and laudable one—sometimes causing us to not see the “foe in ambush”?   Are we thereby unintentionally surrendering our spiritual discernment and responsibility in a perhaps misguided concept of being uncritical at all costs—a concept that may likely result in our being caught up in the same hypnotic effect of the error that is overtaking them?

At this point, you may be asking if I’ve ever felt impelled to awaken others. Well, the simple answer is “yes.”  Has every response been well-received?  Honestly, no.  But I can say that in the vast majority of instances, folks have been grateful for being alerted to not continue down the proverbial primrose path.  Even those that balked walked away thinking things over from a different standpoint.

Spiritual discernment is meant to be used.  And it’s that God-given discernment combined with deep prayer that will lead us in the right direction.

No matter how you look at it, this is not an easy topic.  But it’s one that I think we need to come to terms with.

4 thoughts on “The Foe in Ambush”